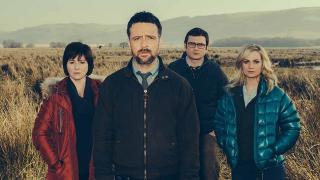 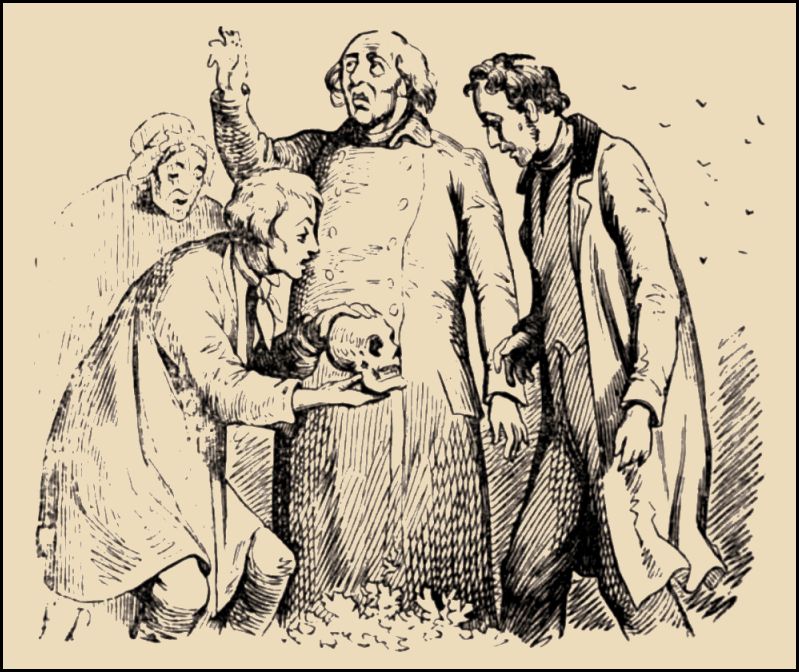 The Elf of the Rose

In the middle of a garden there grew a rose tree which was quite full of blossoms, and in one of these, the prettiest of them all, lived an Elf: he was such a little tiny thing that no human eye could see him. Behind every petal in the rose he had a bedroom. He was as well shaped and as handsome as any child could be, and had wings reaching from his shoulders right down to his feet. Oh! what a sweet smell there was in his room! And how bright and pretty were the walls of it! They were the pale pink, delicate rose leaves.

All day he enjoyed himself in the hot sunshine, flying from flower to flower, dancing on the wings of the butterfly as it flew, and measuring how many steps it took to go over all the roads and paths on a single lime-leaf. It was what we call the veins of the leaf that he reckoned as roads and paths: an enormous distance he had to go, and before he had finished, the sun set. He had begun very late for another thing.

It got very cold, the dew fell, the wind blew. It would be best to go home. He made all the haste he could, but the rose was shut, and he could not get in, not a single rose was open. The poor little Elf was terribly frightened: he had never spent the night out of doors before, but had always slept sweetly, snug among the rose leaves. Oh dear! It would be the death of him for certain!

At the other end of the garden, he knew, there was a summer-house with beautiful honeysuckle on it, whose flowers looked like large coloured horns: he would get into one of them and sleep till morning. Thither he flew. Hush! There were two people inside, a handsome young man and the prettiest of girls. Side by side they sat, and wished they might never be parted, so fond they were of each other, far fonder than the best of children can be of its father and mother.

"Yet we must part," said the young man; "your brother wishes us no good: that is why he is sending me on a mission far away beyond mountains and lakes. Farewell, my sweetest bride, for my bride you are!"

They kissed one another: the young girl wept and gave him a rose, but before she put it in his hand she printed a kiss on it so fond and tender that the flower opened, and into it the little Elf flew and nestled his head against the delicate fragrant walls. But he could plainly hear "Farewell, farewell!" said, and feel that the rose was placed in the young man's bosom. Oh how the heart in it beat! The little Elf could not get to sleep, so fast it beat. Not long did the rose lie quiet on his heart: the young man drew it out, and as he went alone through the dark wood he kissed it so often and so hard that the little Elf was in danger of being squeezed to death. Through the leaf he could feel how the man's lips burned: the very rose had opened itself as under the hottest sun of noonday.

There came another man, gloomy and passionate, the fair girl's evil brother. He drew a long sharp knife, and while the other kissed his rose the wicked man stabbed him to death, cut off his head, and buried it, with the body, in the soft earth under a lime tree.

"He's gone and forgotten now," said the wicked brother; "he will come back no more. A long journey he was to go, over mountains and lakes, where a man can easily lose his life; and he's lost his. He won't come back, and my sister will never dare ask me about him." With that he spread the dead leaves over the disturbed earth with his foot, and went home in the dark night, but not alone, as he supposed. The little Elf kept him company, sitting in a withered rolled-up lime-leaf that had fallen on the bad man's hair as he dug the grave. His hat was over it now, and very dark it was in there, and the Elf quivered with horror and wrath at the foul deed.

The bad man got home at dawn. He took off his hat and went into his sister's bedroom. There she lay, the pretty young maid, dreaming of him whom she held so dear, who now, she thought, was travelling over hills and through forests: and the wicked brother stooped over her and laughed horribly, as a devil might laugh. The withered leaf fell from his hair upon the counterpane, but he did not notice it; he went out to sleep—he too—for a little in the early morning. But the Elf stole out of the withered leaf, crept into the ear of the sleeping girl, and told her, as in a dream, of the frightful murder; described to her the place where her brother had killed him and laid his body, told of the flowering lime tree hard by, and said: "That you may see this is no dream that I have told you, you will find a withered leaf on your bed." And so she did when she awoke.

Oh what bitter tears she wept! Yet to no one dared she confide her trouble. The window stood open all day, and the little Elf might easily have gone out into the garden to the roses and all the other flowers, but he cared not to leave her in her sorrow. In the window stood a tree of monthly roses, and in one of these he sat and watched the poor girl. Several times her brother came into the room: he was in high spirits, and unkind—but she dared not say a word of her great sorrow. As soon as night came she stole out of the house and into the wood to the place where the lime tree stood: she cleared the leaves away from the soil, dug down into it and found the murdered man. Oh, how she wept and prayed God that she might die soon! She longed to bear the body home with her, but that she could not. So she took the pale head with the closed eyes, kissed the cold mouth and shook the earth from the fair hair. "This shall be mine!" said she. So when she had laid earth and leaves over the dead body she took the head home with her, and a little branch of jessamine which was flowering in the wood where he was killed. As soon as she was in her room again, she fetched the largest flower-pot she could find, and in it she laid the dead man's head, put earth over it, and planted the sprig of jessamine.

"Farewell! farewell!" whispered the little Elf; he could not bear to look on all this sorrow any longer, and flew out into the garden, to his rose. But it had faded; only a few pale petals hung to the green fruit. "Ah, how quickly passes all that is fair and good!" sighed he. At last he found another rose, which became his house; among its delicate scented leaves he could live and make his home.

Every morning he would fly to the poor girl's window, where she would always be standing by her flower-pot, weeping. The salt tears fell on the sprig of jessamine, but day by day as she grew paler and paler, the sprig grew yet more fresh and green; one twig after another was put forth, and little white buds came and turned to flowers, and she would kiss them. But her wicked brother reviled her and asked if she were going crazy: he could not bear it, and could not understand why she was always weeping over the flowerpot. He little knew what closed eyes, what red lips, had turned to earth there: and she would bow her head over the flower-pot, and there the little Elf found her slumbering. Into her ear he crept, and told her of the evening in the summer-house, and of the sweet smell of the roses and the loving kindness of the Elves, and she slept sweetly, and while she slept her life faded: a quiet death was hers, and now she was in heaven with him whom she loved.

The jessamine flowers opened their great white bells and gave forth a perfume of wonderful sweetness: it was the only way they had to mourn over the dead.

But the wicked brother looked at the beautiful flowering shrub and took it for himself as a legacy, and put it in his room, near the bed, for it was pleasant to look at, and the smell was sweet and fresh. The little Elf went there too, and flew from one flower to another—in each of them dwelt a little soul—and to them he told the story of the murdered youth whose head was now earth in earth, and of the wicked brother and the wretched sister. "We know it!" said each of the souls in the flowers. "We know it! Did we not grow out of the slain man's eyes and lips? We know! We know!" and they nodded their heads in a strange fashion. The Rose Elf could not understand how they could be so calm, and he flew out to the bees, who were gathering honey, and told them the story of the wicked brother; and the bees told their Queen, who gave orders that next morning they should join and kill the murderer.

But the night before—that is, the first night after the death of his sister, as the wicked brother slept in his bed close by the sweet-smelling jessamine—every flower cup opened, and, unseen, but each one bearing a poisoned spear, the flower souls came forth: and first they settled at his ear and told him dreadful dreams, and then they flew to his lips and pricked his tongue with the poisoned spears. "Now we have avenged the dead!" they said, and home they went into the white bells of the jessamine. When morning came and the window was all at once thrown open, the Rose Elf hastened in with the Queen Bee and all the swarm to kill him. But he was dead already, and people were standing about him saying: "The smell of the jessamine has killed him." Then the Rose Elf understood the vengeance of the flowers and told it to the Queen of the Bees, and she hummed about the flower-pot with all her swarm. And as the bees could not be driven away, a man took the flowerpot, and one of the bees stung him on the hand, and he let the pot fall and it broke.

Then they saw the white skull; and they knew that he who lay dead in the bed was a murderer.

And the Queen Bee hummed in the fresh air and sang of the vengeance of the flowers and the Elf of the Rose, and how behind every least petal dwells one who can tell of evil deeds and avenge them. 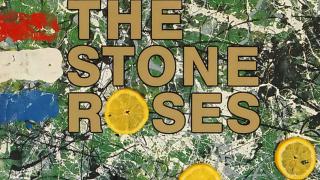 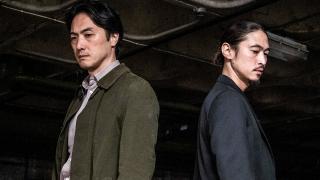